FREE SHIPPING on all orders over €30

Apple Cider Vinegar Has So Many Impressive Uses

This entry was posted on 23rd January 2019 by Marci Cornett. 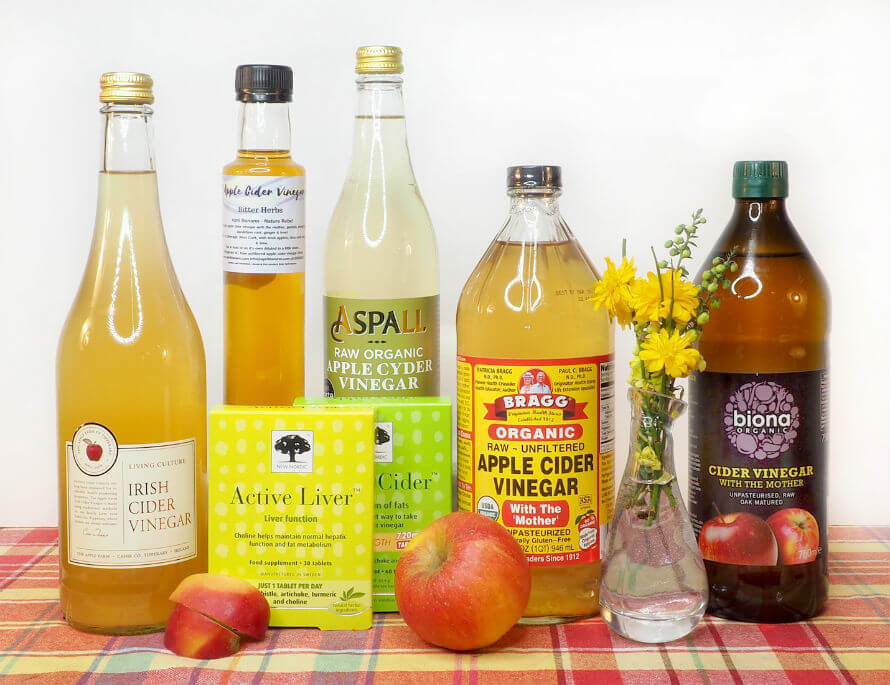 Growing up, Hannah and Rachel's Dad gave them the same 'prescription' for nearly every ailment they confronted him with: a glass of water mixed with apple cider vinegar and molasses. From sore throats to upset stomachs to impending colds and flus, their Dad's prescription remained the same. And this was long before apple cider vinegar became one of the darlings of health and nutrition. No wonder we at Organico believe it's a natural remedy that's here to stay!

What is Apple Cider Vinegar?

Making apple cider vinegar is a simple process to describe: turn apples into juice, turn juice into hard cider, turn cider into vinegar. Of course, there’s way more going on behind the scenes; for starters, it takes loads of microbial activity to transform an apple into cider vinegar.

Many brands filter out the mother because it leads to cloudy vinegar with sediment build-up. These filtered products are often pasteurised as well, so no living bacteria remains in the apple cider vinegar. At Organico, we’re in favour of keeping the mother alive and raw, as it’s widely believed to be responsible for many of the vinegar’s nutritional benefits. (And good to know—the mother and sediment in unfiltered apple cider vinegar is completely safe to consume.) 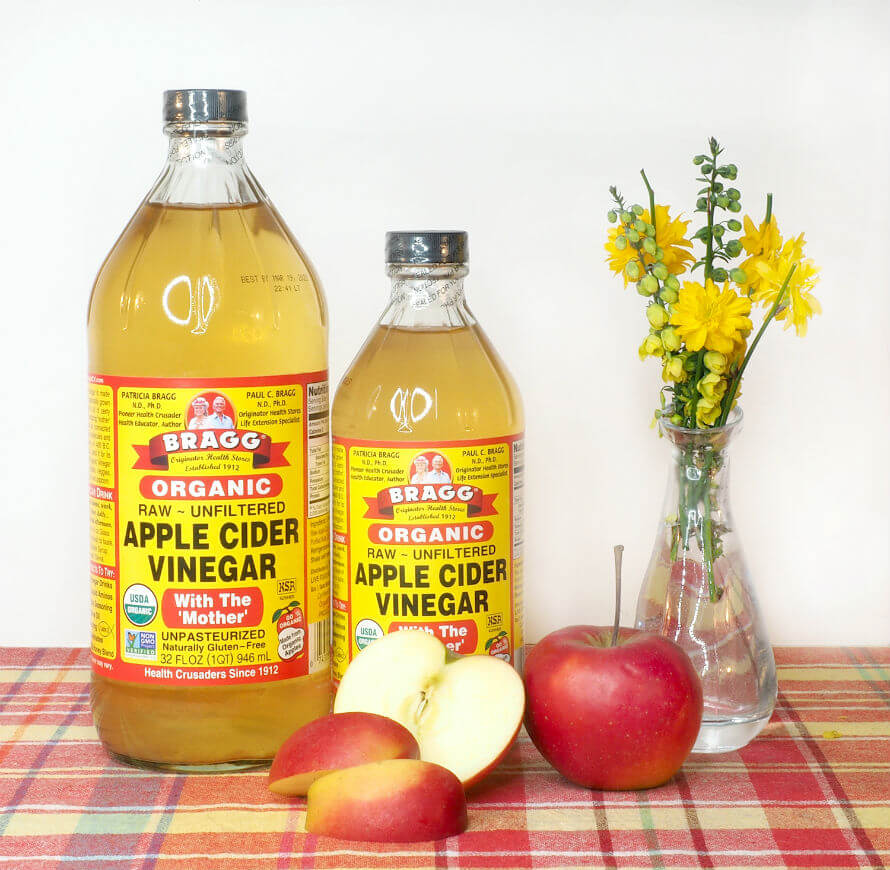 One of the most well known (and one of our most popular) brands of apple cider vinegar, Bragg's Apple Cider Vinegar, is organic, raw, unfiltered, certified non-GMO and comes with the mother.
View in Shop

And while the mother does count as a probiotic in unpasteurised, unfiltered apple cider vinegar, it’s unclear whether the live bacteria survive the digestive tract long enough to benefit gut health. But the bacteria do (as we’ll see) lend antibacterial properties to the vinegar.

How to Safely Use Apple Cider Vinegar 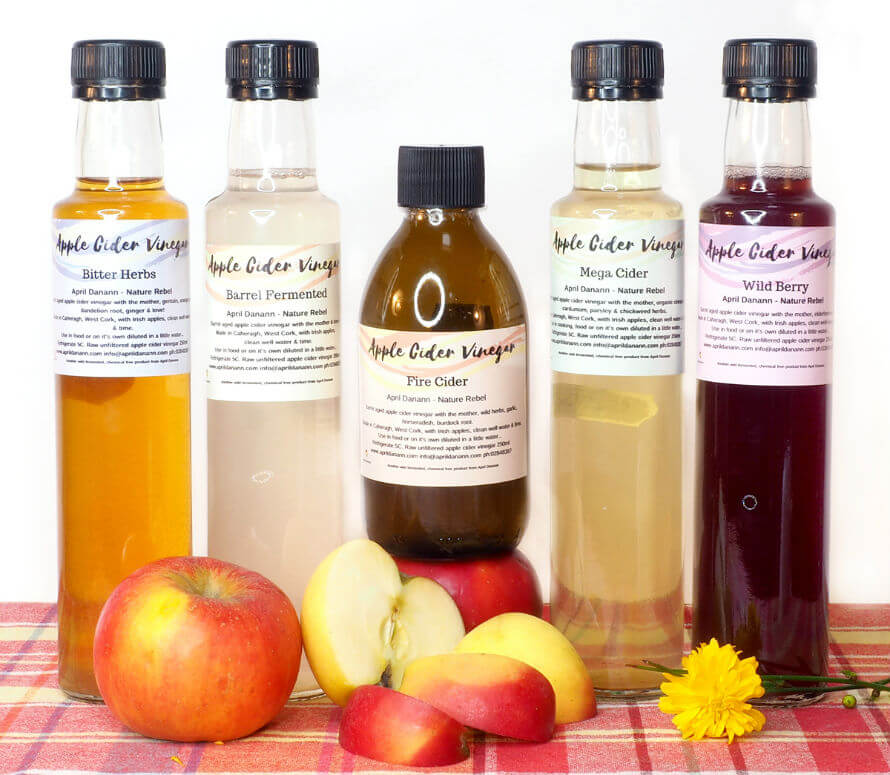 Based in West Cork, Rebel Food makes raw apple cider vinegar, barrel fermented with fresh mountain well water and bottled with the mother intact. Unlike other apple cider vinegars with higher acidity levels, this one can be consumed "straight". Rebel Food Apple Cider Vinegar is available online while our full range of infused vinegars and Fire Vinegar is available in our shop in Bantry.
View in Shop

Another high-quality Irish brand to know about, this one out of Co. Tipperary, is Living Culture who produce an Irish Apple Cider Vinegar bottled with the mother.
View in Shop

There’s evidence to suggest that apple cider vinegar could support lower total cholesterol and triglycerides (high amounts of either are linked to greater risk of heart disease). And it’s thought to boost levels of heart-protecting high-density lipoprotein cholesterol, otherwise known as “good cholesterol”.

Fermented foods, in general, are associated with better digestion, and apple cider vinegar is no exception. It can potentially help regulate the acidity in the stomach, which leads to easier digestion, and nurture the good bacteria in the digestive system. It’s also possible that apple cider vinegar assists the absorption of certain nutrients including calcium and iron.

Small studies and case reports indicate that apple cider vinegar can help fight fungal infections caused by an excess of Candida albicans when applied daily to the site of the infection. Such infections most commonly take up residence in the mouth, throat and vagina. Just be sure to never apply undiluted apple cider vinegar to delicate areas, it’s not worth the burn! 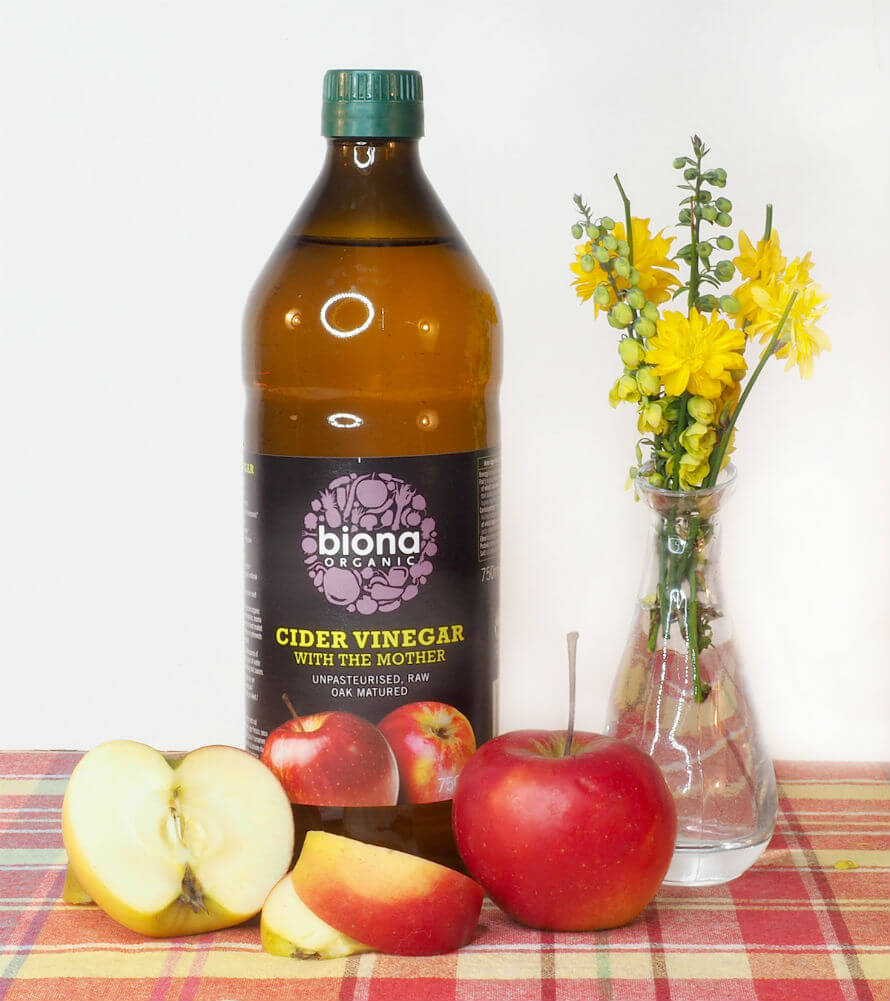 Another great value brand to check out is Aspall Organic Cyder Vinegar.

Apple cider vinegar has even penetrated the world of beauty with its reputed ability to treat common issues and support healthy skin and hair.

A homemade skin toner made out of 1 part apple cider vinegar and 2 parts water (you could throw in a tablespoon of soothing organic aloe vera gel for good measure) is recommended to smooth skin and treat acne (thanks to the vinegar’s antibacterial action).

Shampoo and condition as usual then rinse hair in a mixture of 2 tablespoons of apple cider vinegar and 8 ounces of water. Massage through hair then rinse with water. This treatment is believed to reduce frizz, eliminate product build-up and increase shine.

It would be a shame to ignore the culinary value of apple cider vinegar. With its sweet appley flavour and zesty acidity, it can add life and character to so many recipes.

An obvious use is to add apple cider vinegar to your homemade salad dressings or bean-based dips. It can also inject some much-needed zest into a soup or stew. Simply stir in a splash (or to taste) just before serving. Balance and accentuate the sweetness of roasted vegetables with a drizzle of apple cider vinegar when the veg is hot out of the oven. It’s also a great ingredient for refreshing homemade drinks such as shrubs and vinegarades. 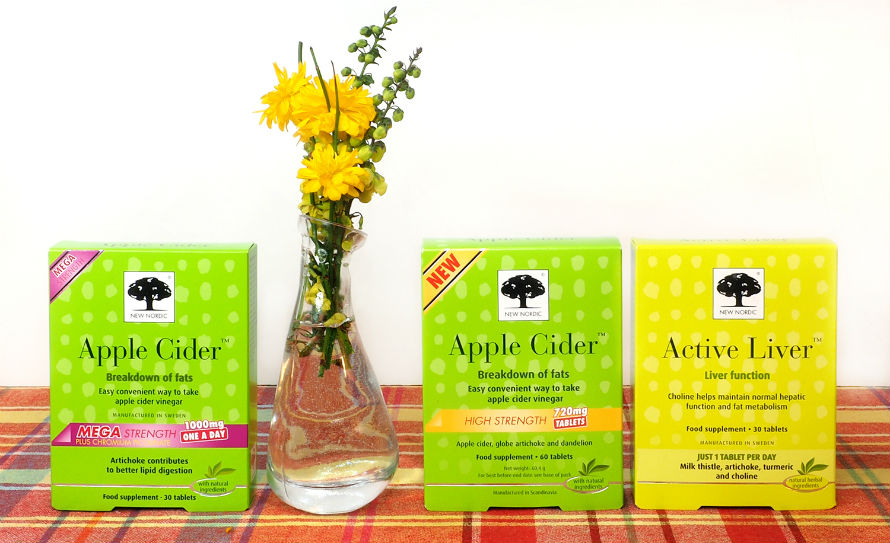 Also from the New Nordic line, Active Liver makes a great complement to the Apple Cider tablets during a detox. Together, the two support fat metabolism and the healthy functioning of the liver.
View in Shop

We'll continue to bring you various brands and types of high-quality apple cider vinegar because we believe that it can be a valuable part of your wellbeing routine and a useful ingredient in your cooking repertoire—and that's true whether you've grown up with apple cider vinegar (like Hannah and Rachel) or you're just stepping foot into its world of possibilities.

This entry was posted in News, Natural Health on 23rd January 2019 by Marci Cornett. ← Previous Post Next Post →

We Accept The Following Payment Methods, Secured By Comodo Secure

All content © Copyright 2017 Organico Shop, Café & Bakery Limited Reg No: 527533 CBD Products are not intended to diagnose, treat or cure any disease.